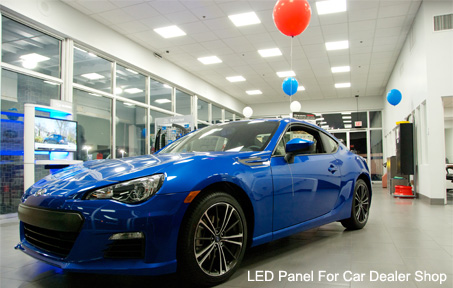 China's led lighting manufacturers industry has experienced before, after several years of rapid development, the development of the industry significantly affected by domestic and international economic environment, the growth rate compared with the past, there is a big slowdown. China's LED display industry started in the 1970s, formed in the 1980s, after 30 years of development, through technological innovation, technology research, the introduction of foreign advanced technology equipment and some key industries such big moves, the company's overall production technology has been a great leap forward.

According to the US Department of Energy released a report, a light-emitting diode (LED) lighting demand will increase 7.4 percent per year; as one of the world's best lighting market, a huge potential market size of US LED may declare the entire led lighting fixture market is overseas usher in rapid expansion. US Department of Energy report predicts that in 2016 the overall lighting market will reach US $ 25.1 billion. US market for Chinese enterprises is the largest overseas market, comparable to the whole of Europe.

Growth in overseas markets, many companies are eyeing overseas, whether that domestic LED display market opportunities as well as it? The answer of course is yes.

With the domestic economy, surface mounted led downlight purchasing power will also be improved. According to Bureau of Statistics data show that in 2014 China's total retail sales of social consumer goods rose 13 percent, accelerating 0.3 and 0.1 percentage points respectively compared with the first half and the first three quarters of last year, showing the development trend of steadily. With the acceleration of China's consumption structure upgrading, residents' demand for high-end consumer goods and services is growing, and LED displays and other high-end consumer market is expected to accelerate growth.
ABOUT US