What Do You Know About The Trivia About Light and Illumination?

What Do You Know About The Trivia About Light and Illumination?

Light is one of the sources of life on earth. It is the basis of human life. It is the tool for human understanding of the outer world. It is also the ideal carrier of information and medium communication. According to the statistic, at least 80% of the total information gained by human senses from the outer world, are through the eyes.

Light is everywhere. But you may be never heard of the trivia about light and illumination.

1. Firefly can glow through the chemical reaction

Luminescence means the light emitted has not any heat, such as the fluorescence light of firefly and other many biological lights. And the energy conversion efficiency of this chemical reaction is nearly 100%. That is to say, it converts almost all the initial energy to the light.

The body light which showed as following photo is taken by the Low temperature charge coupled device camera. All the creatures can emit the light because of the metabolism, human also can shine. But the light emitted from us is too dim. It is 1000 times dimmer than the naked eyes. 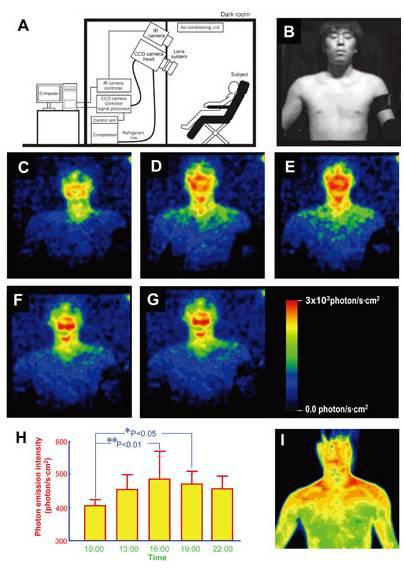