Why Are More and More Gymnasium Using LED Lighting?

Why Are More and More Gymnasium Using LED Lighting?

Sport lighting took a long way in the short time. Since 2015, nearly 25% of Major league sports in the United states have changed from the traditional metal halide lamps to more energy saving and adaptable led lamps. For example, Seattle mariners of major league baseball and Texas Rangers, as well as Arizona Cardinals of National Football League and Minnesota Vikings.

Mike Lorenz, the CEO of Ephesus lighting at Eton, introduced the raising of led system in the major leagues sport facilities, and why are so many teams using led technology.

According to Lorenz, there are 3 reasons for the most advanced sites to choose led system: improved the television relay，enhanced fans experience, decrease long-run operating cost.

Television relay played an important role for long term in influencing the evolution of lighting.

From the professional sport league to college games , LED improved the television relay by eliminating stroboscopic of slow motion relay( it is the common question on the metal halide lamps).

The slices can be played without flickering at 20,000 FPS (frames per second) after equipped with the advanced led sport lighting, thus fans can catch particularly every second of relay.

When led lighting is used to light up the playing field, because led lighting can make the balance between warm color and cold color, the image in the television is more clearly which nearly without any shadow, glare and black spot. Thus, the motions remain clear and unimpeded. LED system also can be adjusted according to the playing field, time and type of match relay.


LED system can enhance the fans’ experience in the game

The fans enjoyed a better experience by virtue of using led lighting system which not only improves the ornamental value of the match, but also improves the participation of audience. LED has the function to immediate start, thus can adjust the light immediately at half-time or between the games. Imagine if your favorite team pitches in the last of 5 seconds in the first half, and timer reach 0 second, how will the fans in the stadium react when The light is on and hit a ball. The lighting designer can customize this moment by using controlled led system to boost the morale of the player. In turn, the fans will feel that they are part of the games.


The advanced lighting system can reduce the operating cost

The improved lighting technology also makes the led operating cost more attractive than in the past, and more affordable than metal halide lamp and other traditional lighting. The field installed led lighting can save 75%~85% of total energy cost. 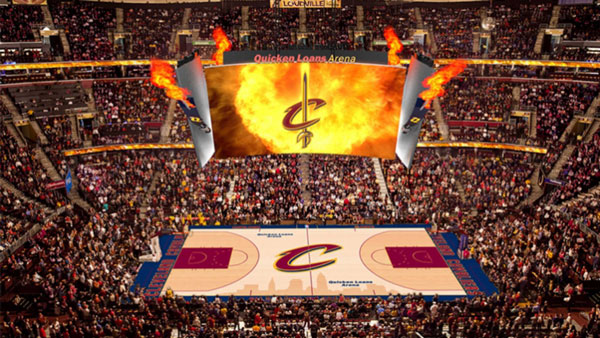